Here's a picture depicting how I'll do it.
For those who actully need the 1,000 words the picture is supposed to replace... scroll down below the diagram for a more thorough description!

A student became lost during a solo cross-country flight. While attempting to locate the aircraft on radar, ATC asks, "What was your last known position?"
The reply:    "When I was number one for takeoff". 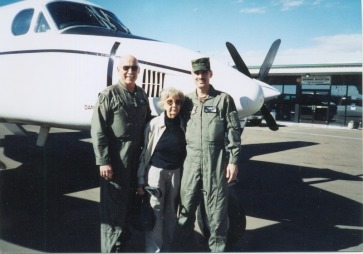 I intend to accomplish it by flying each aircraft with the owner or designated representative of the owner on board with me.  That is why this website is called "FlyWithLevi" .  The pilot/owner will taxi into position holding short of the runway ready for me to board.   As I land one aircraft I will, as expeditiously as possible, exit that aircraft leaving it in the hands of the owner/pilot and will then be shuttled or walk to the next aircraft.  I will board all aircraft  with the engine running if a safe entrance and exit can be made in such condition.

Success will be measured by flying at least 50 aircraft in one 12 hour period.  For the purposes of this effort a flight consists of at least one successful take off and landing of each aircraft with a period of controlled flight in between.  For most aircraft that would include an abbreviated traffic pattern or circuit.  For a helicopter, ultralight or very small aircraft it may include a flight from one end of the airport to the other.

As a retired military aviator I will make every effort to ensure that all contingencies are covered and all operations are carried out in a safe manner.  I also will ensure that I am qualified in and prepared for each aircraft. Safety will be paramount! I intend to garner as much media attention as I can.  I want to use this event to broaden the appeal as well as the viability of General Aviation, Experimental Aviation, and Light Sport aviation, as well as raise money for a  couple charitable causes.

I will invite AOPA (Aircraft Owners and Pilot's Association), EAA, (Experimental Aircraft Association), Trade-A-Plane, Barnstormers Etc.   I am open to all suggestions to help garner support and exposure for the event.


The primary goal of this is not to set any record, the primary goal is the promotion of aviation, and goodwill as a celebration of 50 years of blessings by a great and wonderful God!
Levi
Click here to Comment