Do you own or have access to an airplane?  I would love to Fly with YOU!
If you would consider allowing me the honor of a trip around the patch with you, let's talk as I do need a few more! Click Here 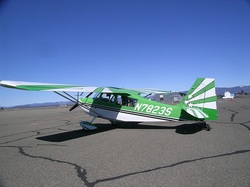 John Hanson is one of the Site Managers who supervises operations and maintenance of the airplanes at one of my work sites.  When I told him about my Fifty 50 project I could actually see excitement on his face.  He lives in California and spends a lot of time working overseas, but he did say that he would like to be a part of it.  I told him about this website and very shortly I saw that he had left a message on the comment page.
Hey Levi, I've got a Decathlon for you to fly!

Needless to say, I was excited to hear that.  The next time I saw him he told me that he had checked his schedule and he would be in the states on 12-12-12.  He went on to tell me how he looked forward to the chance to fly his Decathlon from California to Texas with his son.  No matter the outcome of Fifty 50 for me:  For John and his son, the trip alone may just be the Father-Son event of a lifetime.  Thanks John! 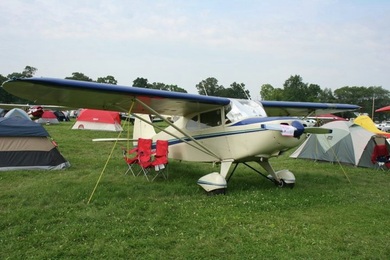 This 1949 Piper PA-16 Clipper belongs to a good friend of mine.  Jeff Perkins and I served in the Army together.  I was the Standardization Instructor Pilot in an Army unit flying the Citation V Ultra.  We called it a UC-35A.  Jeff was a Standardization Instructor Pilot himself, who had just been assigned to our unit.  Although he had considerable experience in many airplanes he had just finished the Citation qualification course at Flight Safety.  After getting the “paper work” straight it was time for his first flight in the unit.  I was to “check him out” so to speak.  While doing our walk around and playing “what’s it” with the Citation, I mentioned that I had heard he had his own plane, and asked about it.  He said, well, you probably haven’t heard of it, but it’s a 1949 Piper PA-16, Clipper.  I laughed.  He looked perplexed!  Then I told him that not only had I heard of it, but I owned one myself.  We then went through the “odds” of that happening etc.  He told me that when he saw this airplane it was perfect.  The owner had practically completely restored it to better than new.  He did allow Jeff to “test fly” it, but only from the right seat because the only brakes are on the left.  Once he realized that Jeff could easily handle it he said that he would “let” him buy it.  This proud owner wasn’t going to let just anyone fly away in his airplane and he could tell that in Jeff’s hands it would be safe.  Jeff is one of those guys who can do anything and really knows aviation.  He is an A&P, and has built a Mini Max, and rebuilt a wrecked Pitts S-1.  He recently retired from the Army and we are again in the same outfit.  As of today, we are both in Afghanistan flying for Avenge Inc.  When I told him of my 50/50 plans, without hesitation, he said “you can fly my Clipper”!  I have been blessed with great Friends!   Thanks Jeff. 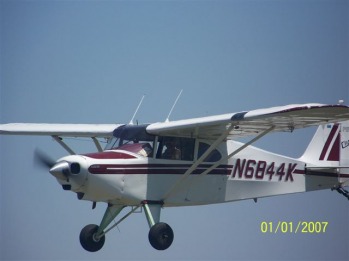 This was my father's plane when he died in 1977. In the 70's CB radios were the thing and my Daddy had one in this Clipper.  He had a lot of "fun" joking with the truckers.  He could make brakes lights come on for miles with just four words.  "BEAR IN THE AIR"  Although it was sold after my father died, I found it in Michigan in 1999.  A great aviation family, Tim and Deb Ranville were using it as a personal traveler and had taken it to the Bahamas at least twice.  I wrote Tim a letter one day just to tell him that my dad had owned his plane and he called me immediately to tell me that it was for sale.  Not being in the position to buy an airplane I told him thanks, but I really wasn't able to pay his asking price.  What I really meant was that I had absolutely NO money to buy an airplane at all.  He then told me of a man who had, only that day decided not to buy the Clipper after traveling all the way from California  This fellow, after looking it over decided that it would be too difficult for his wife to get into.  Tim subsequently lowered his asking price significantly and told me that he believed God wanted me to have it.  After a blunder with a stock broker left me with an unexpected 20,000 dollars that I didnt' earn, I believed that Tim was absolutely right.  I bought the plane! 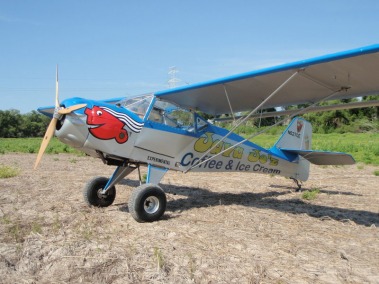 With the state of the economy, my coffee shop woes and life in general, I have found that the Kitfox is the best therapist available!  I bought this airplane in 2006 before I knew the economy was going to otherwise ground me.  We all know that lift is not created by any law of Newton or Bernouli, but law of the dollar.  Anyway, my brother continually reminded me how much he enjoyed his Kitfox,  so I just knew I had to have one.  One day, while I was hard at work, he was doing his usual browsing on Barnstormers.com.  He saw this airplane and called me to tell me he found my next airplane.  Although, I was't really in the market for, nor in the position to buy another airplane, I decided I would call it an "investment"... I could, fly it for a while and then sell it.  Well, we all know how that story ends.  My son and I drove up to Michigan on a long weekend and brought it back on a trailer.  Since I bought it directly from the builder, John Fredrickson, I had first hand knowledge of his love for the airplane.  As with many of us aviation enthusiasts, life has a way of changing priorities and fortunatley for me John had decided the time had come to share his creation.  As we loaded her up and drove away, I knew John hated to see her go.  After the first flight I was hooked and knew that I could not sell this amazing aircraft.  If you have never flown a Kitfox you, owe it to yourself to give it a whirl.  You WILL be amazed!   This is one of my all time favorite airplanes because is it just so much fun and affordable to fly!  I call it my "dirt-bike with wings" and my flights are "therapy sessions".                 Your airplane could be one of the 50  Click here 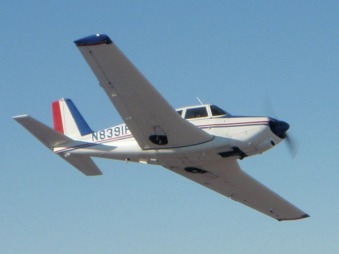 God is good!  I have been entrusted with yet another airplane at a time when having a good traveling ship was nearly essential.  Kids moving far away and having grandkids means long drives or endless days on airlines.  Once again my brother came to my rescue.  He had this Comanche and decided that he needed a twin.  He bought a Twin Comanche and thus had an extra plane.  Once again I said "I am absolutely in no position to buy another airplane!  Haven't you seen the news?"  I then "borrowed" it for a trip to New Mexico to see my grandmother and then to Nebraska to see my daughter, since Jamie had no more hangar space I kept it in my rented T-hangar.  Then...well, we decided to trade some of my inherited land for it.  At least I didnt' have to go to Michigan for this one!   Once again, though I don't deserve it, God has blessed me.  I have a great family and great friends!  Now, I am airplane poor for sure!